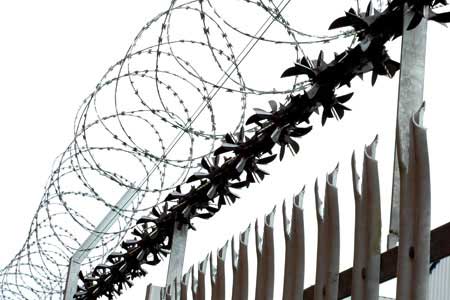 What Are Anti-Climb Spikes?

Anti-climb spikes are widely used on top of walls and fencing and act as a deterrent to a would-be intruder.   They come in single spike, double spike and rotary razor.   There is also a blade spike often used on the top rails of palisade fencing.

Perimeter walls are the first line of defence when it comes to protecting our homes.  Fences should be at least 2.1m high, to deter a would-be intruder from trying to climb over your perimeter fencing.

Any product that is on top of your wall if it is high, becomes much more effective as it becomes virtually impossible to tamper with it.

Do not have wide pillars or any foothold that will help an intruder climb over.

An excellent product to fit to the top of the wall would be wall spikes as they are heavily ribbed for strength and extremely dangerous to climb over.  Make sure the anchors used to fit the razor spikes are very difficult to remove, they should expand inside the wall for added benefit.

Do not plant trees or bushes close to your perimeter, as they afford burglars an excellent hiding place.  Any bushes should be small and neatly trimmed to prevent anyone from hiding behind them.

A wall that has razor spikes is a good way to keep your family safe and secure.

Please contact us to discuss what would be best for you, and receive a free quotation.